Yes, I’ll chip in to support your work!
Nosh

On Sunday, Feb. 10, NOSH hopped on a media tour offered by Edible Excursions for crash-course in “Temescal Tastes.” Scroll down below the photo gallery for details. 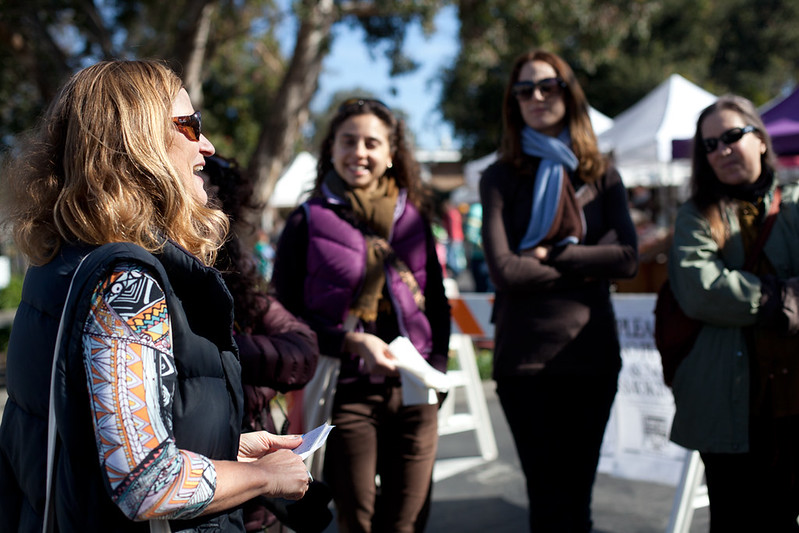 After a short introduction about the neighborhood, the tour began with shahan ful from Alem’s, light and crispy fish tacos at Cholita Linda and Starter Bakery‘s epic kouign-amann pastry at the Temescal farmer’s market.

The group stopped by Juhu Beach Club, set to open March 1, for a slightly salty version of a mango lassi called a “Sassy Lassi,” house-made gujarati-style samosas, and a veggie sloppy joe known traditionally as pav bhaji. Then it was over to Temescal Alley for Doughnut Dolly’s filled doughnut holes, and iced coffee at The CRO Cafe. After a short jaunt to Sacred Wheel Cheese Shop on Shattuck, the group crossed back to Telegraph to sample half a dozen delectable flavors at Scream Sorbet.

Participants then dined on endless banchan and steaming stone pots of spicy soup at Korean stand-out Sura. The tour ended with a stop by Homeroom for mac ‘n cheese, and a visit to Beauty’s Bagel Shop.