Berkeleyside recently came across the lively photo series documenting the event, via Grant Baldwin Photography, and was able to connect this week with one of the people behind the effort.

Ricky Culp, of Charlotte, N.C., is a musician whose uncle, Jerry Horn, ran the camp in Groveland, Calif., for many years, though he retired nearly a decade ago. Growing up, Culp said he attended the camp for four summers as a volunteer, and was then a staff member for three years. His last summer in attendance was 2008.

Tuolumne Family Camp, which is run by the city of Berkeley, was severely damaged in last summer’s Rim Fire, burning almost completely on Aug. 25, 2013. Supporters of the camp have been keeping organized via a Facebook group to stay informed about rebuilding efforts and see how they can help.

Culp said he first heard about the threat to the camp by the Rim Fire when he was on vacation in the days leading up to the catastrophe. He said he closely monitored several websites for news about the fire’s path.

“I was checking the pages everyday,” he said. “I just had to know what was going on. The week up until the fire, I was at the beach, and that’s what I was worried about: seeing how close the fire was.”

Culp said that, despite the distance, he’s been keeping a close eye on developments related to the camp rebuilding effort. When a community fund-raising group called the Gore Gore Luchadores approached him and offered to hold an event to raise money for the cause of his choice, in conjunction with a New Year’s Eve show planned by Culp’s band, he knew exactly which organization to choose.

Culp described the Gore Gore Luchadores as a volunteer group of women who wrestle several times a year to raise money for various causes — such as battered women’s shelters and the Humane Society — often at venues that have a similar atmosphere to Berkeley’s 924 Gilman Street.

“They all have good hearts,” he said. “They donate whatever money they make to whatever charity they’re doing.”

Over a series of matches, the women wrestlers walk around with buckets to collect money for charity. 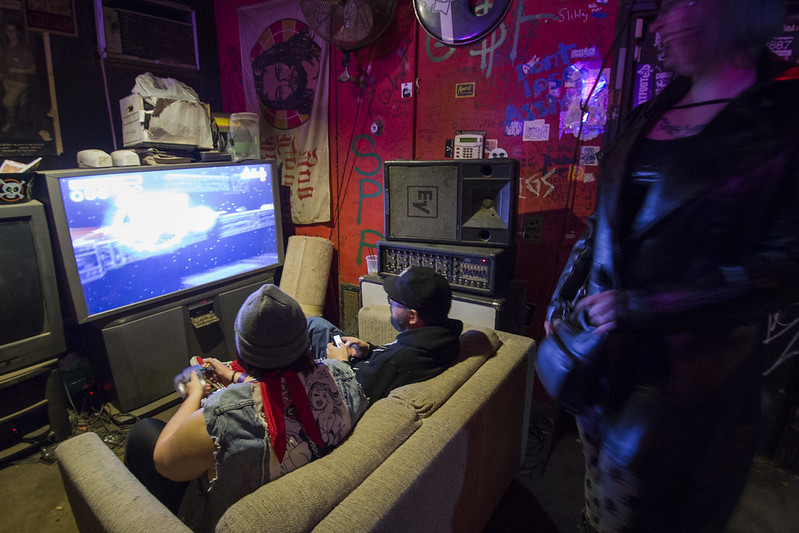 The 28-year-old said his summers at camp had made a lifelong impact on him.

“That would pretty much be what my entire year led up to, was going to this place,” he said. “I remember going down Harden Flat Road and getting the jitters. There was just this sense of joy.”

He said the connections he made, the skills he learned and being out in nature were among the qualities that made Tuolumne Camp so special.

“For me, it was the connections of people and the energy that surrounded that place. It was a key developmental point in my life, like it was for many, I’m sure,” he said. “I wouldn’t be who I am today without it.”

Connect with community rebuilding efforts related to Tuolumne Camp on Facebook. The city has announced plans for this coming summer to hold camp at Echo Lake. Click the links below for more information.