The mother of a 23-year-old woman killed last week by gunfire spoke out Wednesday about her daughter’s innocence, her hopes for a music career and her devotion to her family.

“Marne’e did not like violence, she did not like arguing,” said Kenitra Love, mother of Berkeley High graduate Marne’e Maxine Karen Causey. “She wouldn’t argue with anybody. She would walk away first.”

The day Causey was killed, Aug. 9, she had just dropped off several of her younger siblings at her mother’s home. She’d watched them for a couple days to give her mom a break after the family had met up for a birthday party. She’d also dropped off her father at a job interview, and had planned to pick him up later. In the meantime, she was going to meet up with her brother, Bones, so they could go to the music studio together.

They made a stop at a cousin’s home in the 7400 block of Fresno Street in East Oakland. Police say someone opened fire on the home at 3:10 p.m. Causey was hit. She collapsed on the porch and was later pronounced dead at the scene. No arrests have been made.

“My daughter was not targeted,” said Love, who said Causey had no affiliation or involvement with gangs. “That bullet was not meant for my daughter.”

Love described Causey, the eldest of seven siblings, as the foundation of the family. She was a mediator who helped solve family squabbles, was quick to help care for her siblings, and was protective of everyone she loved. She had a 5-year-old daughter herself, Ar’nae, who she was raising with her girlfriend, Tenae Jones, as well as Ar’nae’s mother, Myisha Reed.

Causey had a dynamic personality and a natural talent for the stage, said Love. She loved performing even as a toddler, and was known when she got older for her poetry. She was ambitious: She planned to go back to school, after previously taking classes at Laney College, to study theater at the City College of San Francisco.

Most recently, however, she was focused on her music career. Causey had her first gig as a rap artist, along with two of her cousins, one month ago Wednesday.

“She was the one, if anybody needed an MC for anything, they would always want Marne’e to do it,” Love said. At her show in July, at Venue Oakland opening for Rayven Justice, “she got all the wallflowers off the wall.”

(Her first single, “Wasted,” can be found on SoundCloud and YouTube under Causey’s stage name, Lil Leech.)

Love recalled how, as a child, Causey and her siblings and cousins would make up skits and contests to see who would be the best performer. She was “laughable, lovable, the life of the party,” her mom said, and she exuded a natural confidence. She was always cracking jokes “and finding a way to make somebody laugh no matter what mood they were in,” Love said.

Before the family lived in Oakland, they lived in Berkeley. At Berkeley High, Causey was a forward on the basketball team. She performed in the talent show. Causey graduated in 2011.

Love said, this past week, friends and family have shared videos online of Causey at BHS, “just loving everybody, having a good time with her friends and teachers, laughing in the hallways.”

Cousin Tasha Strother said Causey — known as “Max” — was a spontaneous person who could bring a crowd together. The two saw each other often, and were more like sisters than cousins. Among her own siblings, Causey was the eldest. But when she was with Strother and her other cousins, Causey was the baby.

Strother said Causey’s death was not the first tragedy the family has had to face. On July 25, the last time the two women saw each other, they had been with other family members to attend the burial of a 17-year-old cousin. And Strother’s own brother died at 17, too. But Causey was the first young woman the family has lost.

“I would never think my baby cousin would go before me,” Strother said. “We’re all supposed to pass away of natural causes, not to have this stolen away from us.”

She continued: “We don’t know how to really cope with it. It wasn’t her time to go.”

Strother said Causey took her role as a big sister seriously. She would often watch her younger siblings at her mother’s home, or take them home with her.

“When she told them something, they listened,” Strother recalled. She said she will deeply miss her cousin’s “sense of humor and touch of style,” her fearlessness and creativity, her joy and her loyalty, and her positive spirit.

Strother described her family as large. One of her grandmothers had 13 children, and those aunts and uncles had many kids of their own. At times, not everyone got along. But Causey was known as someone who could bridge any dispute that arose. Before Causey’s death, the women were brainstorming ways to get all of their relatives to attend a family reunion being planned by another cousin.

“She didn’t see us as two sides. She saw us as one,” said Strother. Causey’s philosophy was never to go to sleep angry. “She wanted us all to be together.”

Strother said she was at work with her sister last week when they got the call their cousin had been shot.

“We were just praying: ‘Please let her be OK, let her be able to make it to the hospital,'” she said. “She never made it.”

Causey’s mother, Love, said she was in a meeting at work when she got the call from her son about what had taken place.

“Her brother called me … screaming that his sister got shot in the head,” she said. “There is no word to describe the feeling that I felt or what I was thinking. All I knew was I had to get to my baby.”

“When Marne’e got killed, they killed a whole lot of other people. It’s like they killed the community. Marne’e was about love and she brought people together,” her mother said. “Marne’e was loved and loved so many people all over.” 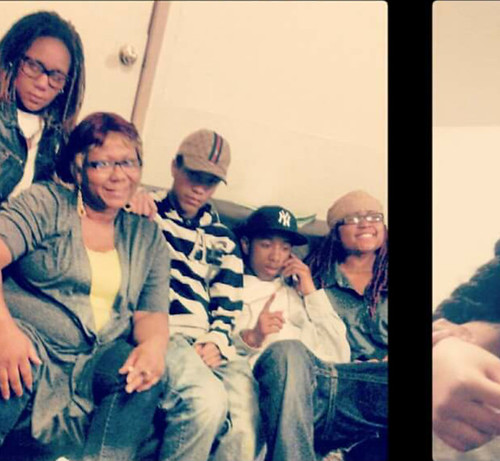 Berkeleyside provides exclusive coverage of many Berkeley crimes. We welcome community tips about public safety issues and other newsworthy issues via email, Twitter or Facebook. Please alert us in advance if your tip is anonymous.

[Editor’s Note: This story was originally published at 3:55 p.m. The publication time was updated at 5:25 p.m. to address a technical glitch.]